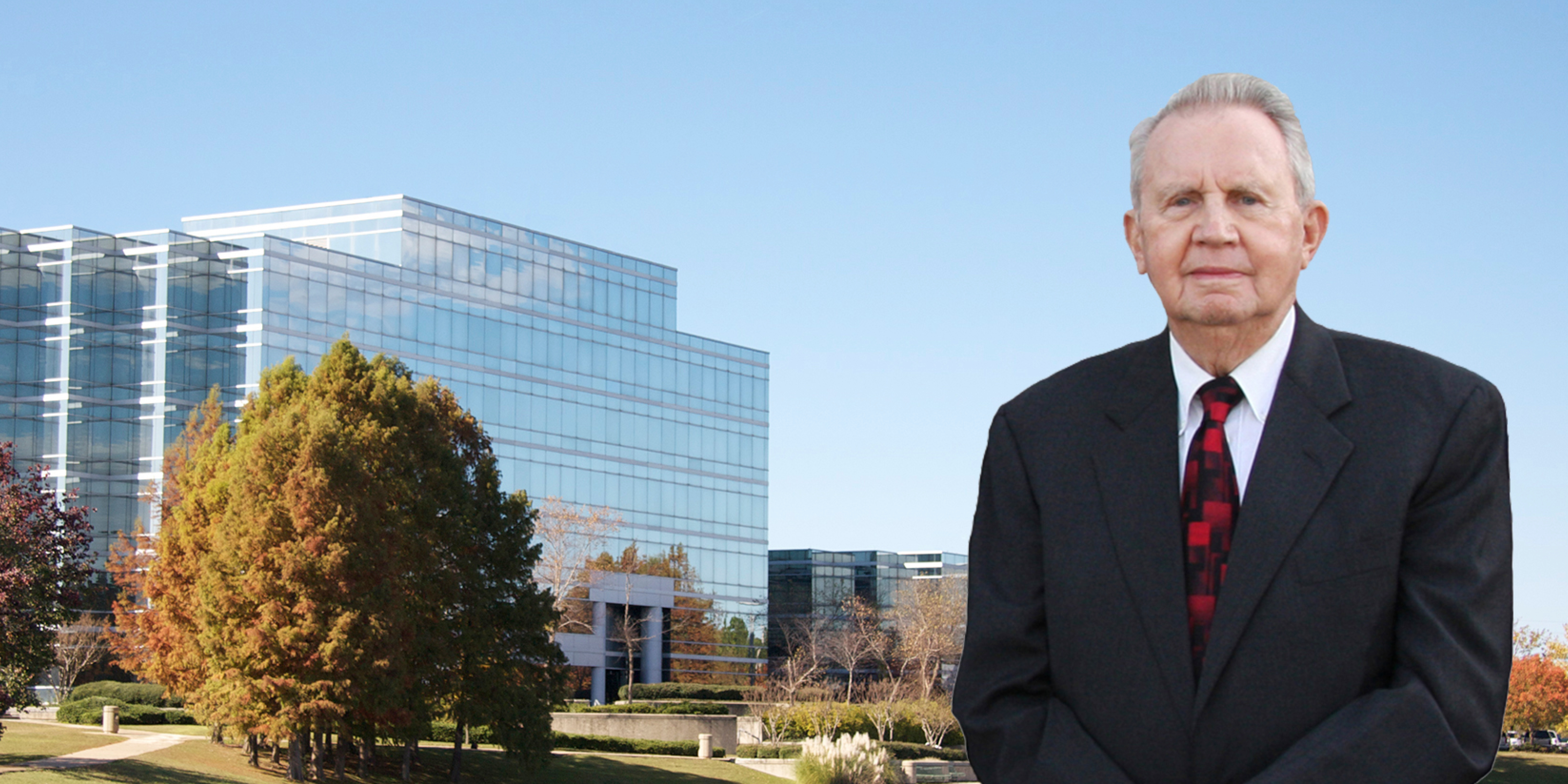 As Ergon launches our Culture and Values Campaign, we celebrate the legacy of our founder, Leslie Lampton Sr. Through his entrepreneurial spirit and under his leadership for more than six decades, our organization developed a culture where character, honesty, respect and service were valued above everything. The Ergon Family lives the traits Mr. Lampton exhibited daily, and they are what make us unique.

In order to ensure that we carry into the future the values that have served us so well in the past, two years of research and development have been completed, and we are proud to announce the newly defined values that are shared across the entire Ergon organization: Empowered Service, Selfless Leadership, Purposeful Growth and Respectful Relationships.

Join us as we celebrate the contributions of our founder, not only to Ergon, but to our country and to countless others. Mr. Lampton truly epitomized the “Greatest Generation,” serving in two wars and coming home to build a company that would grow steadily and strategically to become a well-diversified global organization. Like other heroes of his generation, he was a man of honor and integrity who put his family, his employees and his faith above all else.

How it All Began

Orphaned as an infant, Mr. Lampton was adopted by a family in Jackson, Mississippi. In 1954, after his service in the Navy and managing a tire store, still in his 20s, he started Lampton Oil Company with a few thousand dollars in savings, two employees and a used fuel transport truck. He began by delivering fuel after hours to highway construction companies in the Jackson area. When crude oil was found nearby, Mr. Lampton began making daily deliveries of fuel and chain oil to the rigs. He learned producers were struggling to get a pipeline built, so he leased trucks and trailers to move the crude to market, a move which established a trajectory for future business. 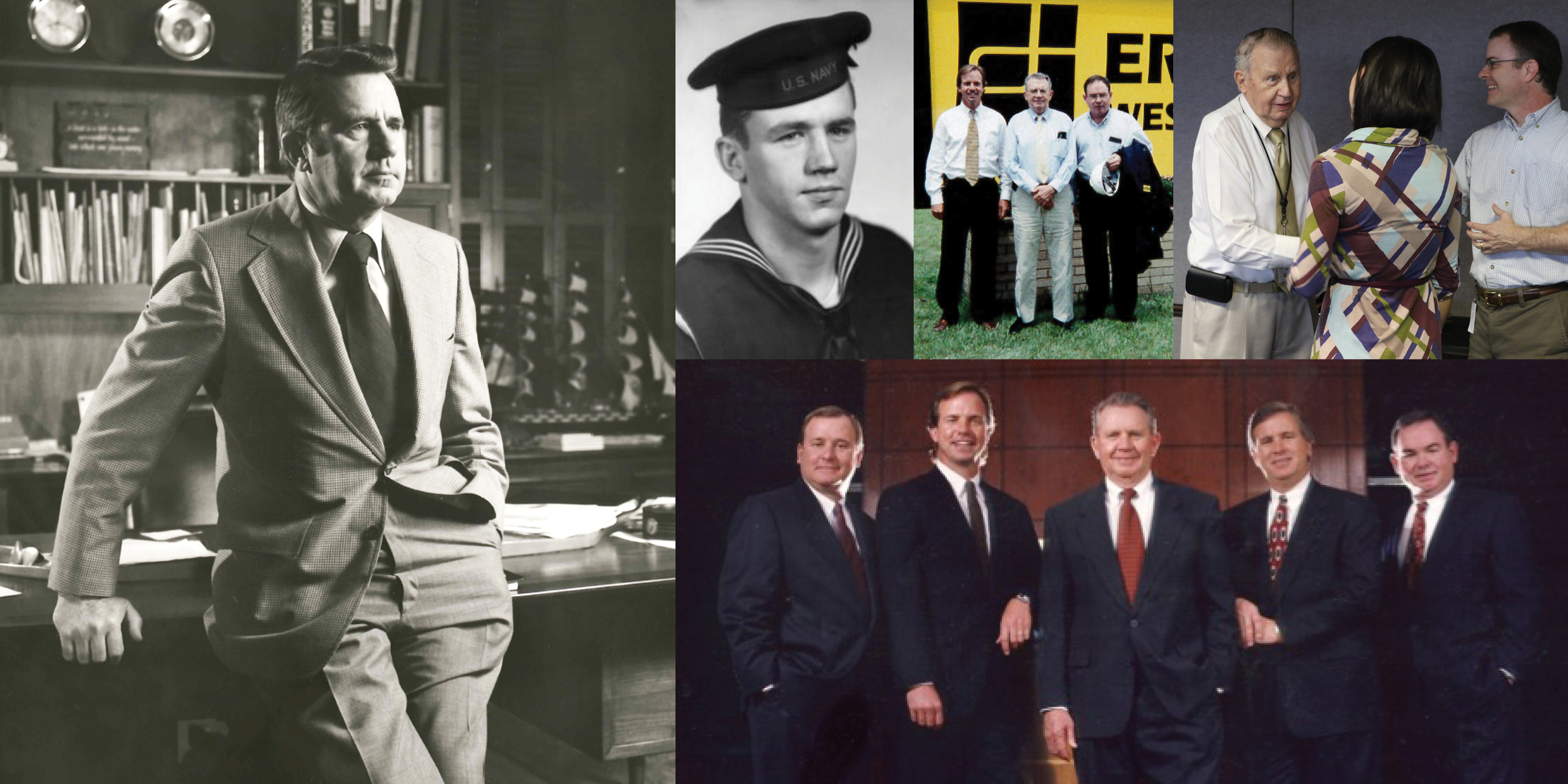 His commitment to service and the growth of Lampton Oil Company resulted in a successful bid for a contract to provide standby fuel oil for Mississippi Power & Light Company’s generating plants, which prompted the beginning of a barge transportation business. When power companies and large industries moved from natural gas to fuel oil in the late 1960s, Lampton Oil Company experienced exponential growth. Mr. Lampton continued adding boats and barges to the fleet, even working personally with engineers and builders to improve barge design and oil heating processes.

Today, Ergon employs more than 3,000 people and serves customers in more than 90 countries around the world. Mr. Lampton’s four sons, who are now Directors, have served in various businesses throughout the organization, and several members of the third generation of Lamptons are following in their footsteps today.

No doubt because of his beginnings, Mr. Lampton had a desire to create a true family through his business. When talking about Ergon’s history, he was always quick to point out that the story was never about him. “Our story has always been about people – the Ergon Family,” he would say. Even in his 90s, Mr. Lampton made time to walk the hallways of the Ergon offices and visit facilities, and he knew employees and many of their family members by name. He believed in leading by example, and he was usually the first to arrive at work and the last to leave.

As Mr. Lampton often said, “Ergon’s success is based on our ability to clearly understand the needs of our customers, both today and in the future.” And the Ergon Family is honored to have the opportunity to continue his vision to create a bright future for Ergon, our communities, and our customers around the world.